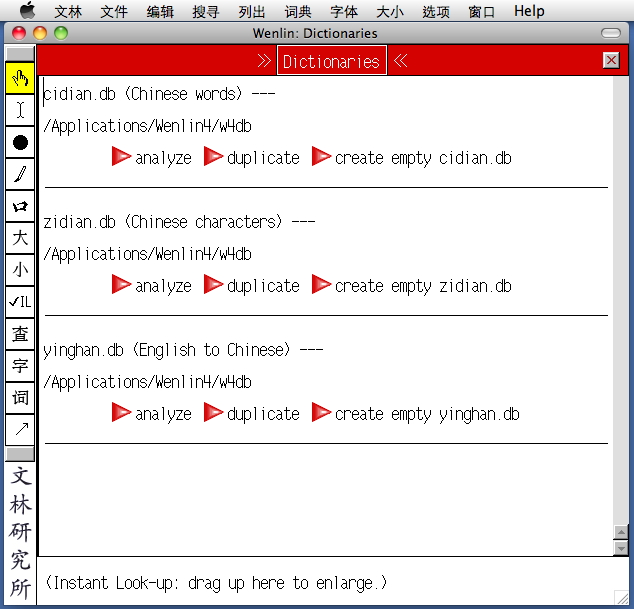 For example, suppose you’ve used an earlier version, such as Wenlin 3.0, and added some entries to its “cidian.db”. Now you’ve upgraded to Wenlin 4.0, and you’d like to use the new version 4 Cídiǎn, but you’d also like to keep the entries that you added or modified in the old cidian. Here’s what you can do.

Choose Show Dictionaries, and, in the section for “cidian.db”, click on the ▷analyze button.

The procedure works the same way for “zidian.db” or “yinghan.db”.

The answer depends on the dictionary. For “zidian.db”, each character can only have one entry, so the imported entry will replace the existing entry. For “cidian.db” and “yinghan.db”, entries are uniquely identified by the serial numbers in their serial-number bands, so an imported entry will replace an existing entry only if the serial-number bands are identical; otherwise, two entries for the same word can peacefully co-exist. 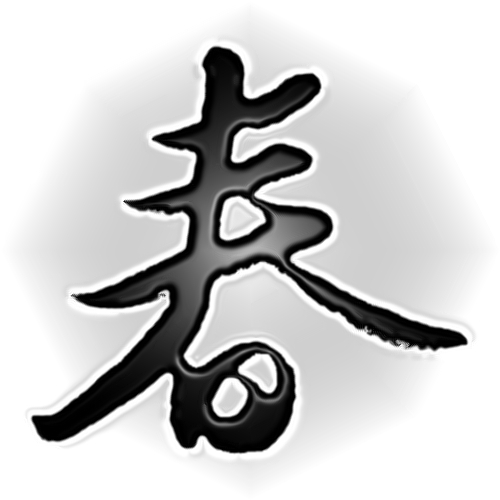