Chapter 11 of the Wenlin User’s Guide

While Chinese characters give an extraordinary visual dimension to the language, Chinese speech sounds comprise an entirely different, but equally remarkable, acoustical dimension. This chapter explains how you can hear the pronunciation of any Mandarin syllable. It also provides an introduction to the speech sounds of Mandarin, tones, and pinyin spelling.

Of course, you can’t learn pronunciation completely just by listening to individual syllables, or reading a book. You also need to practice listening and speaking whole sentences, preferably assisted by an experienced teacher.

You can use the

(If you can’t hear anything, make sure the speakers are connected and the volume is turned up.)

The mouth tool stays selected until you select another tool. While it is selected, one of the characters 男 (nán ‘man’) or 女 (nǚ ‘woman’) is displayed beneath the toolbar. By clicking on that character you can switch between a woman’s voice and a man’s voice.

There is also another method. When you look up any Chinese character, the pronunciation(s) are shown in [square brackets] on the top line of the definition. You can click there with the

hand tool when you want to hear the pronunciation. Or you can click on a pinyin syllable anywhere, as long as it has a tone mark. To hear any syllable pronounced:

Wenlin plays that syllable in that tone.

Every pinyin window shows the pinyin in all four tones as well as the bopomofo (bōpōmōfō ㄅㄆㄇㄈ; zhùyīn fúhào 注音符号) equivalent. To compare the pronunciation in another tone, simply click on the pinyin with that tone. In this manner you can easily open up four pinyin windows and listen to all four tones.

If the sound files haven’t been installed on the hard disk, and you’re not running from the CD-ROM, then in place of the line ...

... there will be this message:

Sound file not available for pronunciation.

There is a way to use the sound files on the CD-ROM (or another disk) while running a Wenlin that has been installed on the hard drive without sounds. This is explained at the end of Appendix C, in the section about the W3Sound folder. (Essentially all you need to do is open any sound file in W3Sound by choosing Open... from the File menu; once Wenlin knows where that folder is, everything should work normally.)

Note: an electronic version of this text may be found in the file “pinyin.wenlin”, which is located in the “Text” folder. It contains example syllables that you can click on to hear their recorded pronunciations.

A Mandarin syllable consists of an initial consonant (if any), a vowel or diphthong (combination of vowels), sometimes a final (-n, -ng, or -r), and a tone.

The consonants are all pronounced approximately the same as in English, with five major exceptions: c, q, x, z, and zh.

zh, ch, sh, and r are pronounced with the tongue pulled back, away from the teeth.

j, q, and x are pronounced with the tongue pushed forward, almost touching the teeth.

To distinguish j from zh, q from ch, and x from sh: the letters j, q, and x are always followed by a high front vowel, i as in machine, or by the French u sound (see ü with two dots, below). But zh, ch, and sh are never followed by those vowel sounds; after zh, ch, sh, or r, the letter i sounds like an English r, with the tongue pulled back, and u is a regular u as in true.

c, ch, k, p, q, and t are aspirates, pronounced with a strong puff of air.

z, zh, g, b, j, and d are pronounced the same as c, ch, k, p, q, and t, respectively, minus the puff of air. Unlike English, they are voiceless; for example, d is more like the t in English stew than the d in English dew; and b is more like the p in English spy than the b in English buy. Mandarin b, d, and g are like Spanish or French p, t, and c. In the Wade-Giles system of romanization, unlike pinyin, the sounds b, d, and g are spelled P, T, and K, whereas p, t, and k are spelled P', T', and K', with apostrophes to indicate puffs of air. (For example, T’AI2 PEI3 for Táiběi, the name of the city in Taiwan.)

In finals such as -iao and -uan, the i or u is shorter than the following vowel. For example, Mandarin suàn sounds like English swan.

Notice the difference between xiān (‘first’), a single syllable, and Xī’ān (name of a city), two syllables. An apostrophe separates syllables when necessary to avoid confusion; to be precise, any syllable starting with a vowel (a/e/o) is separated from an immediately preceding letter by an apostrophe.

Tones are simply variations in pitch over time. While pronouncing each syllable, you control the pitch, to give a pitch “contour” to the syllable. Mandarin has four basic tones: each one is indicated by a tone mark placed over a vowel in a pinyin syllable. If you give a word the wrong tone, you may completely change its meaning!

Although the tone mark is written over a single letter, it applies to the entire syllable. For example, in diào, the pitch falls continuously from the d to the o.

With tones, the important thing is the change in pitch over time. The absolute pitch is not important – everyone’s voice is different. Find a comfortable range where the high tone is not too high and where you can reach down low for the dipping tone. It is not necessary to match the exact pitch of the man or woman in Wenlin. You should, however, match the pitch contour. This graph roughly depicts the four tones:

Tones are not an added-on feature designed for special effects; they are just as much a part of pronunciation as consonants and vowels. Moreover, tones have nothing to do with a person’s affect – they don’t convey feelings. On the other hand, independent of the tones, an entire sentence has its own, gradual, pitch contour, and this contour communicates the speaker’s emotional state, meaning or intentions; in this respect, Chinese is like any other language.

Tone changes are not normally shown in standard pinyin. For example, it is considered correct to write nǐ hǎo rather than ní hǎo, and yīxiē rather than yìxiē. For educational purposes, however, Wenlin uses a special notation. This notation was first introduced in the ABC English-Chinese/Chinese-English Dictionary. It uses dots and dashes below vowels to indicate tone changes:

The tone-change notation is used in Cídiǎn and Yīng-Hàn entries marked grade {A}, {B}, {C}, {D}, or {E}; that is, for frequently used vocabulary. It is not generally used in the entries for less common vocabulary, or in the Zìdiǎn. The notation can be helpful while learning the rules of tone change. After you have learned and practiced the rules, you will eventually be able to apply them automatically without needing to think about them. There is an option for hiding tone-change notation, explained in Chapter 2. 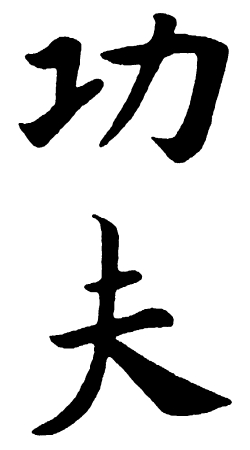